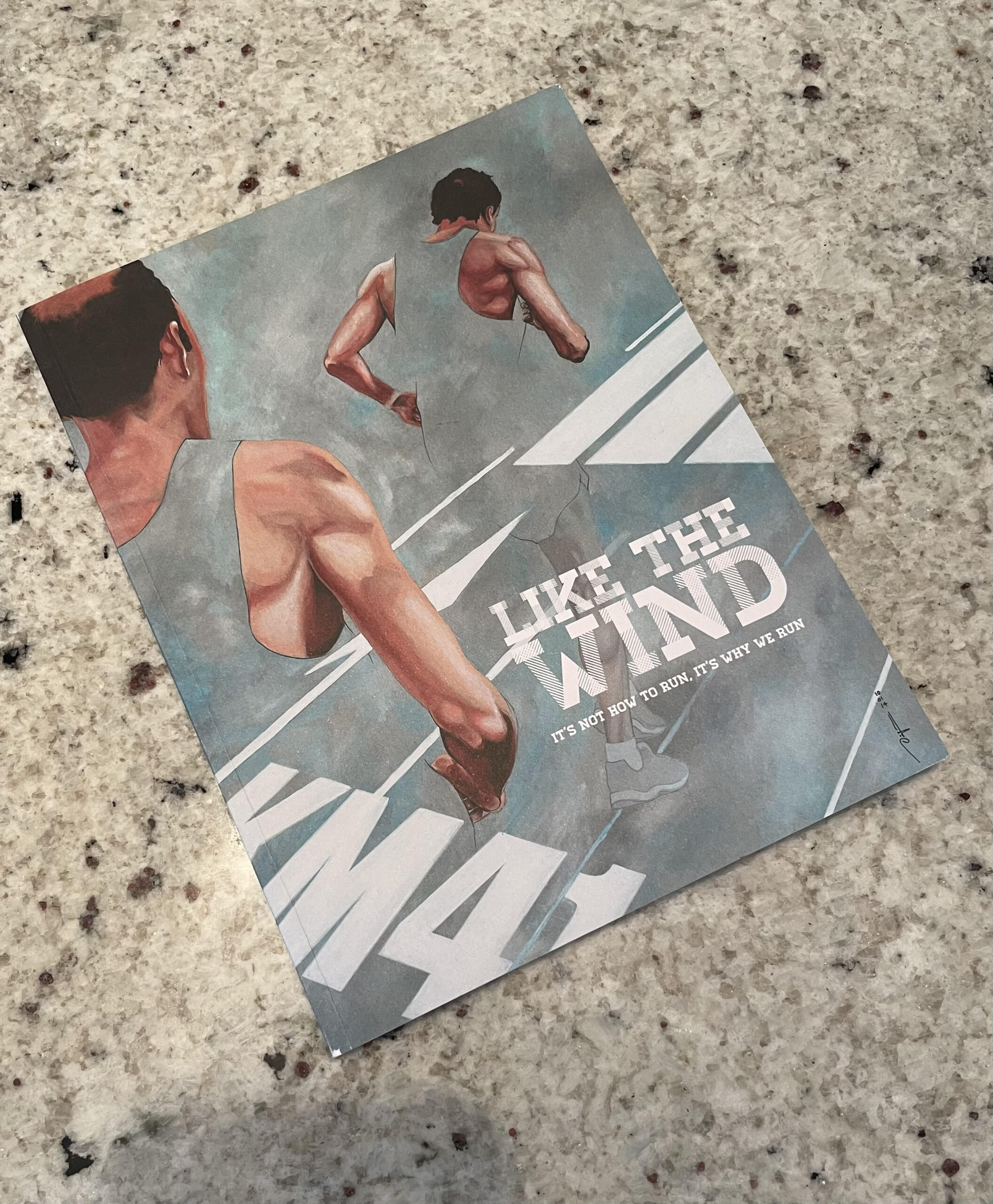 It was the first snow of the season.  It was the perfect kind of snow because it was coming down in a slow flowing dance and covering the ground just enough to make things white, but not enough to go find my shovel.  It was also cold, but not brutal which made for great conditions to go out and explore and experience the morning on a run.

It was then that I made the connection to the stories that I had been reading in Issue #7 of Like The Wind, It’s not How to Run, It’s Why We Run.  Frank Duck had donated his back issues to our running library and I have recently started to make my way though some of the issues.  It took me a few stories to fully digest the title of the heavy magazine.  The stories are about runners emotional and mental connection to themselves and others through the vehicle of running.  Some of the authors would give a resume of races or ultra events that they have competed which seemed out of sync with the stories,  insights and epiphanies that they experienced and shared in their writing.  But what was consistent from article to article was how running was a way for them to find meaning and connect to the world around them and their inner voice.  It was a place they could go to find their happy place or wrestle with their demons.  It was what they did to deeply share with a community or detach and go solo to experience nature in a pure and simple way.

What I realized while reading, was that I would experience many of those things while out for a run, but I would stumble across those moments by happenstance, crack a small smile or breath in the moment and then return to the business of training.  For the authors of the stories, those moments were the reason that they went out the door.  Those moments were the reason that they were runners.  Signing up for an event was often an action that was far removed from their daily reasons for getting out the door to run.

So when Heather asked if I wanted to go out for a run with her on Sunday morning in the freshly falling snow, I said yes!  It wasn’t for training or to check it off my list because there wasn’t a run in my plan for Sunday.  It was simply to enjoy what Mother Nature was giving us, time with my wife and to take advantage of the quiet and peacefulness that comes with fresh snow in the city.

The run was all of that plus a bit more.  We wound our way through the empty streets with the occasional sound of a nearby car getting swallowed up by the thin blanket of snow. I enjoyed running next to Heather with no agenda or pace targets, checking out the river, the  trees and the exposed houses now visible without the summer leaves that provide cover and secrecy. Then as we turned onto Sycamore Rd up in Williams Creek I was struck by the realization that it was the first stretch of road that had yet to be touched by anyone.   No car tracks, footsteps, dog paws or the serpentine stick track trailing behind the parallel wheel tracks of a wagon.  It was just a smooth, unblemished swath of snow.  A declaration of the efforts of the clouds and the lack of interest in the neighborhood to find a reason to go outside on a cold, snowy morning.

And then I saw them.

Out of the overgrown privacy shrubs on the west side of the street tracked a singular set of tracks to some enticing treat on the other side. Then another set and another and another.  As we ascended up the little grade, there was a little Milkey Way of tracks over and back across the street.  Seeing another addition of untamed nature made me smile and enjoy that stretch of road all the more.

That is the second time that I have had a run like that and both were with Heather.  Just the two of us heading out the door with no other plan except to enjoy the wandering and the outside.  I have been thinking about doing more of that.  Daring myself to just head out the door to just take in the morning and meditate in my thoughts, but I haven’t been brave enough just yet to go out solo.  I love sharing an experience with others, but maybe my next run needs to be the small group of Mother Nature, me, myself and I.